Originally from the Iberian peninsula and northwestern Africa. The Rabbit is now widespread across most of Europe, and the Ukraine. As well as throughout Australia and New Zealand. Introduced into the UK by the Normans as a source of food and clothing as a result it quickly colonised the countryside.

Largely nocturnal, rabbits spend most of the day underground. In a system of tunnels (burrows) known as a warren. They are vegetarian feeding mainly on grasses although they will eat a large variety of vegetation including the bark of trees. Their preferred feeding times are dawn and dusk. They have large appetites and numbers can cause vast damage to standing crops.

Unlike cattle and sheep which chew the cud as an aid to digestion, rabbits pass soft droppings of partly digested food. This is then eaten again to extract the maximum nourishment.

The male rabbit is known as a buck, the female as a doe. They are prolific breeders with the season usually lasting from January to about August. Females can start to breed from 3 – 4 months old.  Gestation is generally 28 – 30 days and an average litter size of 5. They are then weaned in 3 – 4 weeks. Females can have 4 – 5 litters per year and sizable populations can occur in a short period of time.

Myxomatosis, is a disease spread by the rabbit flea. Consequently nearly eliminated all of the rabbits in the 1950s. However only a small percentage of rabbits now die from the disease.

Rabbits can be restricted from gardens and grounds with the erection of wire mesh fences. These should either be buried a set distance underground or turned out at right angles to stop the rabbit digging under it. They can also be controlled using a number of different methods depending on their location and numbers. Which includes long netting, ferreting, shooting & trapping, contact us for further info. 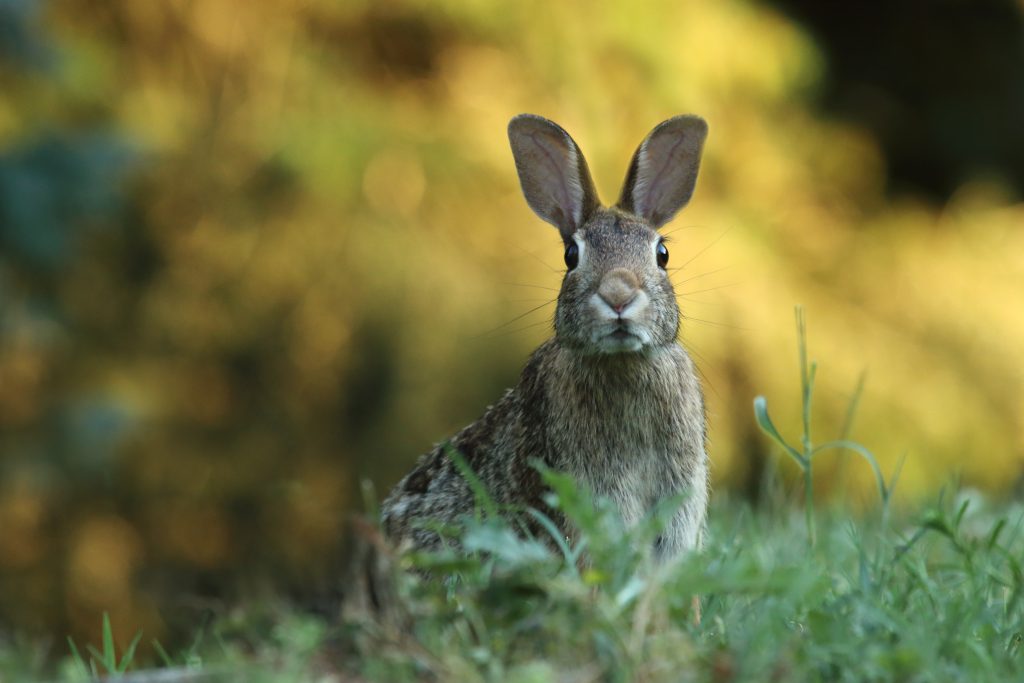